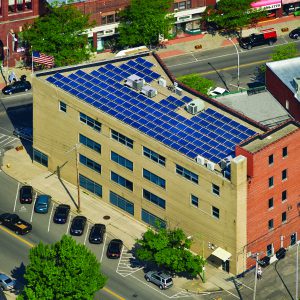 Montante Solar is a full-service installer of commercial solar energy systems. Our team of experts is experienced in both solar installation and commercial real estate development, which enables us to provide our clients with a wide range of solar energy services including construction, solar panel installation, maintenance, financing, and consulting. Our talented professionals work closely with our clients to develop solar energy systems that are optimized for each client’s unique facilities and budget requirements. 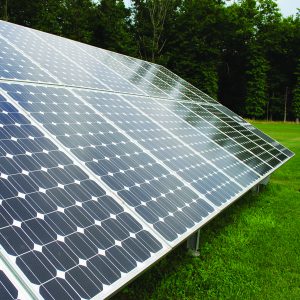 Headquartered in Buffalo, NY, Montante Solar was established in 2009 by Daniel Montante and Matthew Montante as a consulting firm to affiliate TM Montante Development, a family-owned, LEED accredited real estate development company. The initial mission was to enhance the value of TM Montante Development’s real estate portfolio through the integration of solar technology into their properties. Daniel and Matthew’s passion for real estate and solar development helped fuel the creation of New York State’s first solar ready business park, Riverview Solar Technology Park, located in Tonawanda, NY. The solar park is a 200 acre Shovel Ready site that harnesses the power of the sun to provide electricity to all of its buildings and common areas. Montante Solar experienced rapid growth due to a great deal of outside demand for their solar services, which made it necessary to expand the solar operation into a full service NYS certified solar installer, servicing clients throughout Western New York. Montante Solar is now the region’s second largest solar installer and the only regional integrator of building integrated photovoltaics (BIPV). 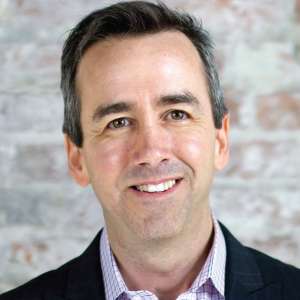 Daniel Montante is President and co-founder of Montante Solar. A six-year veteran of the renewable energy industry, Daniel has overseen the company’s rapid growth, solidifying its position as a key player in the New York solar market. Daniel is responsible for leading the company and providing a clear strategic direction, and he has assembled a top tier team of engineering, construction and finance professionals that have built some of the most noteworthy solar projects in New York. Daniel’s strong managerial and financial modeling skills have played a large role in the company’s success.

Prior to founding Montante Solar, Daniel worked at DuPont for ten years in a number of finance and business development roles. In the latter part of his tenure at DuPont, Daniel was based in Shanghai as Director of Mergers & Acquisitions – Greater China, where he managed all acquisition and divestiture activities, which entailed acquisition search, joint venture restructuring, due diligence, term sheet negotiation and deal execution. It was during this time that Daniel served as a Core Team Member for DuPont’s thin film solar module venture based in Hong Kong. 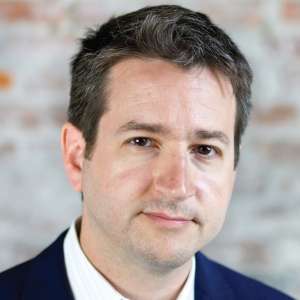 Matthew Montante is Chief Operating Officer for the Montante Group of companies, which includes TM Montante Development, Montante Solar, and Montante Construction. During his 7 years in the family business, he has overseen the expansion of a multi-faceted real estate development company, and co-founded a solar installation/integration company. Matthew’s core responsibility and talent, however, is setting the strategic direction for these companies. With 14 years of professional experience in commercial real estate and 5 years in the solar industry, Matthew Montante has proven success in forecasting market trends and developing opportunities that have consistently resulted in business growth in new markets.

Early in his professional career, Matthew was recruited by Hilton Hotels to help develop and manage the hotel operations and procedures during the opening of the Hilton Times Square Hotel on 42nd Street in Manhattan. Following that role with Hilton, Matthew entered the New York City real estate industry as a commercial broker at Cogent Realty Advisors, eventually focusing exclusively on the Manhattan investment sales market. It was in this arena where Matthew recognized the opportunity for his family’s company, TM Montante Development, to expand its portfolio and begin investing in Manhattan real estate. Matthew continues to manage those investments, recognizing over 300% growth in the value of the portfolio.

In 2006, Matthew formally entered into the family organization as Vice President of Business Development. Since that time, he has refocused his attention to the Buffalo market, playing an integral role in transforming an underutilized vacant industrial landscape in Tonawanda into a $35 million, 200 acre business and technology development, Riverview Solar Technology Park, attracting anchor tenants like FedEx Trade Networks, Tyco and Unifrax’s worldwide headquarters. Matthew has also expanded the company’s development capabilities into rehabilitation and loft conversions of historic buildings, such as the former Spaghetti Warehouse in downtown Buffalo.

Matthew, a graduate from Nichols School and Skidmore College, is a member of the American Solar Energy Society and the Solar Energy Industries Association. While currently residing in New York City with his wife, Mara and two children, Matthew enjoys supporting his community through his involvement in the Central Park Conservancy, the American Museum of Natural History and the Wildlife Conservation Society. Despite his 15 years as a resident of New York City, Matthew maintains his status as a loyal Bills fan. 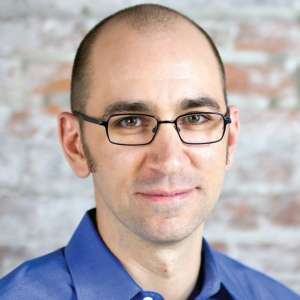 Chris Campos is the President of TM Montante Development, where he is responsible for setting the overall strategy and direction for the company, as well as overseeing its operations.

Chris believes that quality real estate development can have a tremendous, positive impact on communities by creating places and spaces to live and work that are not only functional, but also inspiring, vibrant and sustainable.  To this end, Chris actively engages with community and other stakeholders on all projects to define ideal outcomes and to find ways to effectively collaborate.  Chris sees his role as both highly creative and methodical, and he approaches his work with persistence and finesse, as well as an optimistic and enthusiastic point of view.

Prior to becoming President of TM Montante Development in 2015, Chris served as Chief Financial Officer of Montante Group, which he joined in 2012.

Chris has played a major role in many TM Montante Development projects, including the conversion of the former Millard Fillmore Gates Circle Hospital into Lancaster Square, the historic rehabilitation of the Planing Mill in downtown Buffalo, the development of the regional headquarters for FedEx Trade Networks at Riverview Solar Technology Park, and the 616 Niagara adaptive reuse project in downtown Niagara Falls.

Chris began his career at PricewaterhouseCoopers in San Francisco, providing financial services to clients such as Chevron, Robert Mondavi Winery and the Academy of Motion Picture Arts and Sciences. He then moved to New York City and worked at HBO in the Financial Planning & Strategic Analysis department. When he returned to his hometown of Buffalo, Chris combined his life-long interests in entrepreneurship and the arts by co-founding an internet start-up dedicated to serving professional photographers. He has also worked as a consultant, providing advisory services to business owners throughout Western New York, with a focus on strategic and financial planning, as well as creating successful marketing programs.

Chris holds a Bachelor of Science in Business Administration from Georgetown University.  He serves on the Board of Directors of Invest Buffalo Niagara, and on the Advisory Committee for University at Buffalo’s Real Estate Development program.

Chris lives in Lewiston, NY with his wife and son, where he is actively involved in the local arts and music scene.  His work has been exhibited at the Burchfield Penney Art Center, and he has performed live music throughout the region, including at the Lewiston Jazz Festival and the Music is Art Festival. 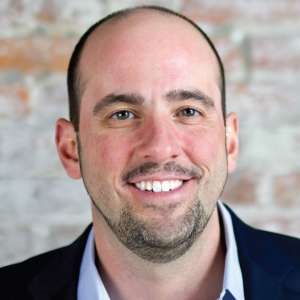 As communication is the number-one ingredient in an effective collaboration, Mr. Elia interacts frequently with owners, architects, and subcontractors to provide updates and professional advice throughout the life of a project.  Mr. Elia ensures careful coordination at every step of the construction process.  He works with the teams to confirm project safety is in full compliance with the company’s safety requirements.   He also stays actively involved with managing the project schedule and budget to make certain a job is delivered as promised.

Prior to joining Montante Construction, Mr. Elia served as Project Executive at LP Ciminelli.  Mr. Elia was a key team member in several notable projects, including the Conventus medical office building on the Buffalo Niagara Medical Campus, the University at Buffalo’s School of Engineering and Applied Sciences facility, the Buffalo-Niagara International Airport’s new baggage handling system, the Niagara Falls Municipal Complex, and the renovation of Erie County Hall and Annex in Buffalo, NY.  Over his career, he has successfully managed over $250 million in  construction projects.

Mr. Elia holds a Bachelor’s degree from Clemson University. He is a LEED accredited professional and has completed 30-Hour OSHA Construction Safety Training.  Douglas resides in Niagara Wheatfield with his wife and three sons and enjoys being a Den Leader for Cub Scout’s Pack 58.